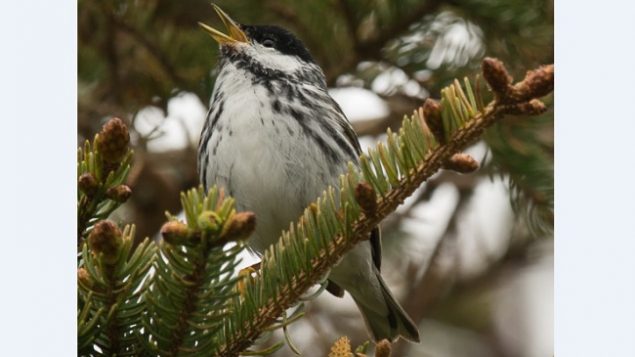 The blackpoll warbler is a species of migrating songbird that seems tp be greatly affected by mercury. (Phil Taylor/Acadia University)

Examination of tail feathers suggests that mercury is one of the determining factors for the steep declines of many songbird populations that migrate long distances to and from North America.

The study by researchers at Western University in Ontario compared mercury concentrations in feathers of birds that left the province of Ontario in the fall with those of the returning population the following spring. They found that the birds with the highest mercury concentrations were less likely to return to their northern breeding grounds in spring. 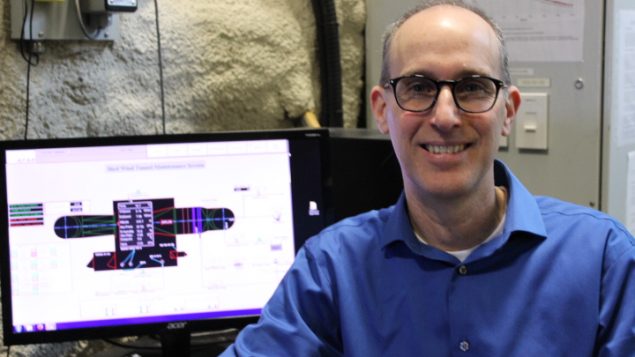 Prof. Chris Guglielmo supervised research linking the decline of migratory songbirds in Canada to their exposure to mercury.

One of the most striking examples was that of the blackpoll warbler, a species of great concern whose population appears to have decline by 70-80 per cent since the 1970s. “It’s this super champion long-distance migrant,” says Chris Guglielmo, a professor of biology at Western University.

“They take off from the Bay of Fundy (on Canada’s east coast) and they fly over the Atlantic all the way down to the West Indies and South America in one go. And we now know that single flight can take at least 62 hours of non-stop flying.

“So, this bird is incredibly challenged by its migration south. And it was that species where we detected the greatest effect of mercury. And it looks like about 36 per cent of the mortality that happens over this migration and winter period could be associated with mercury exposure,” says Guglielmo.

Much of the mercury comes from coal burning and artisanal mining of gold. Mercury is boiled to extract the gold and it becomes a vapour which floats up into the air and is deposited all over the world.

Researchers have previously studied the effects of mercury on human health and aquatic life, but this study suggests the metal is affecting birds’ “ability to manage the challenging journey to their wintering grounds thousands of kilometres to the south,” say researchers.

The study was published in the Journal of Avian Biology. 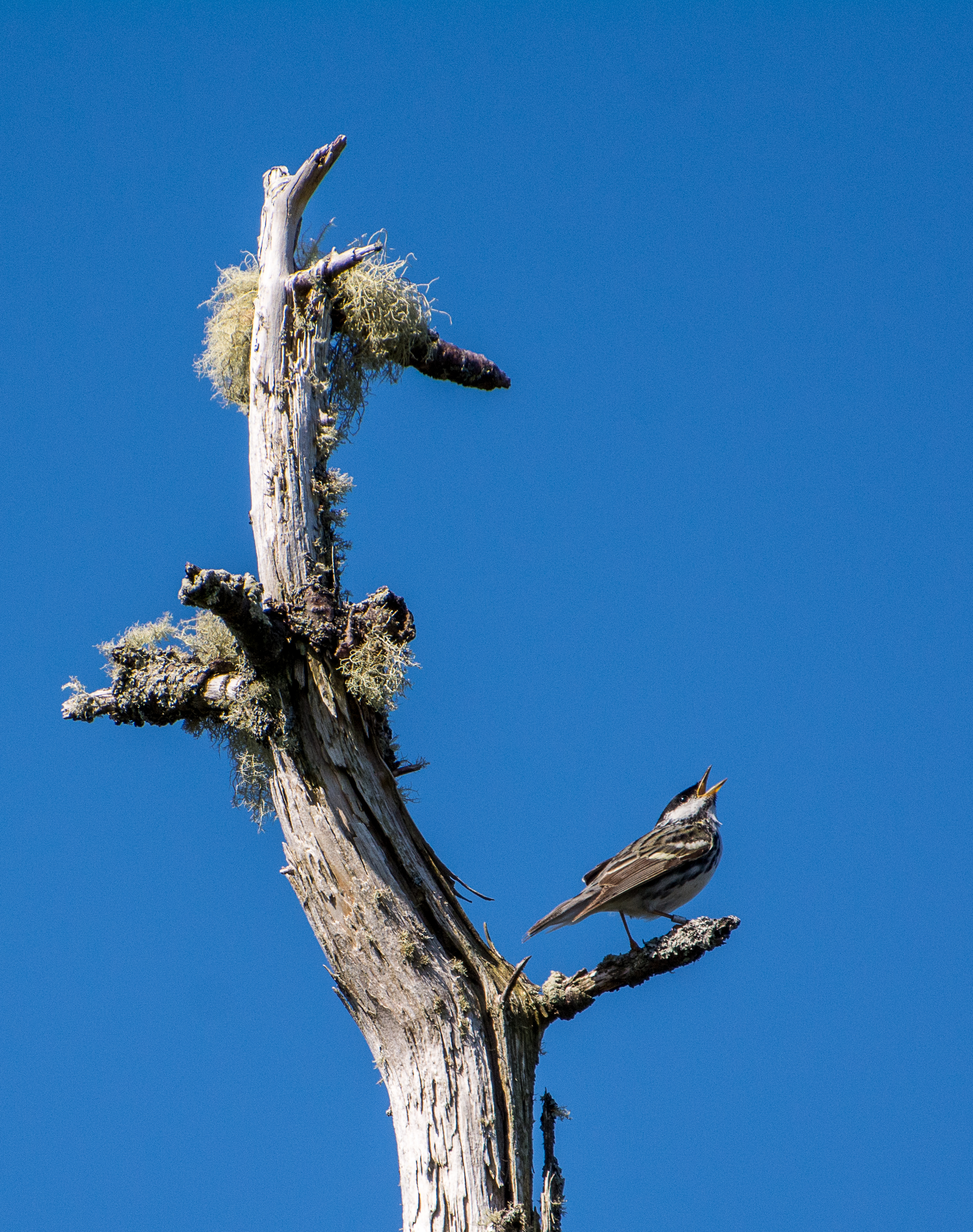 The blackpoll warbler migrates in a single flight that can take at least 62 hours of non-stop flying. (Phil Taylor/Acadia University)