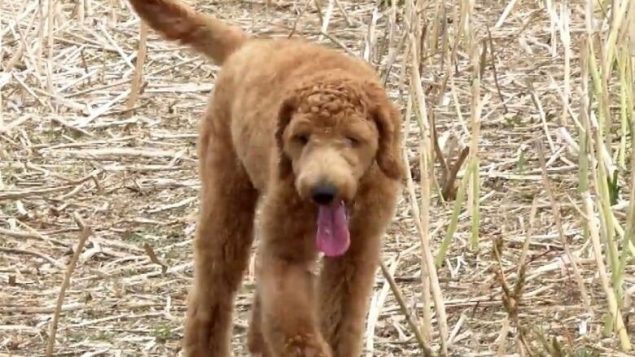 This goldendoodle mix was too high energy for its original owner, so a trainer taught it to become one of just two dogs able to sniff out invasive clubroot in canola crops (Farming Smarter)

We know that dogs have a vastly superior sense of smell compared to humans.  They have up to 300 million olfactory sensors in the nose compared to our roughly six million. The part of their brain which analyses smell is also about 40 times larger (proportionally) than ours.

This is why dogs are now used to find lost people, or people hiding, and as illicit drug sniffers. They also detect explosives, detecting invasive zebra mussels on pleasure craft, and they’re even now used to detect cancers and other diseases just by smelling people.

Now a Canadian experiment is under way to see if dogs could detect the damaging clubroot disease in commercial crops. Clubroot is a parasitic mould-like disease that infects plant roots and either seriously damages the plant, reducing yield, or eventually kills it. 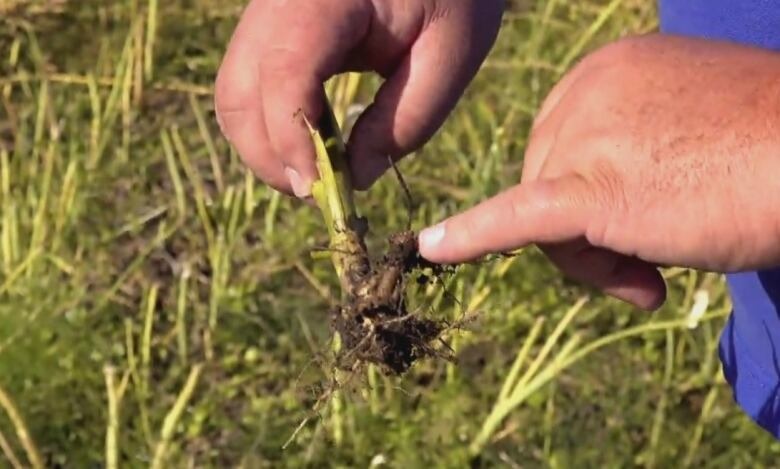 Clubroot spores can lie dormant for years in the upper soil until activated by a plant root, They invade and swell the root with millions of spores which can later begin to spread across the field. Finding and removing infected plants can reduce the spread and crop loss. (Farming Smarter).

Micheal Harding, plant pathologist with the Alberta Agriculture and Forestry department was inspired by reports of dogs being used to detect diseases in avocado crops in Florida. Shortly afterward he was contacted by two New Brunswick dog trainers about detecting crop diseases with dogs and with help from a research group, Farming Smarter, training to detect clubroot began with the dogs 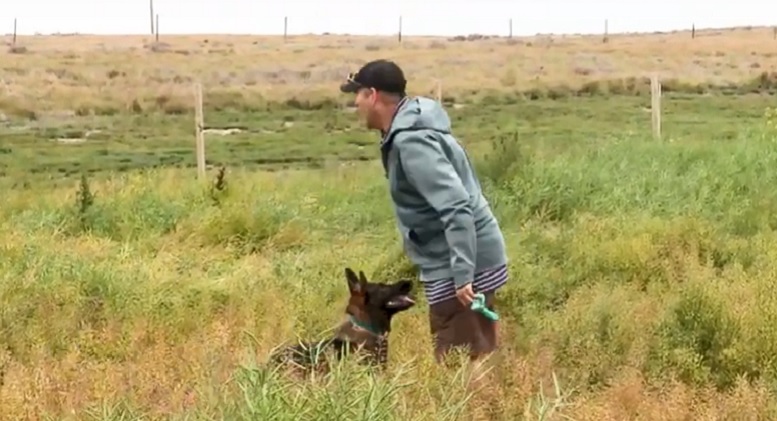 This German shepherd was one of the two dogs brought to Alberta for field trials. (Rural Roots Canada video report- YouTube)

Two of the four dogs were deemed ready for actual field trials and in October were brought across the country to Alberta. The field trials are much more difficult as there are many distractions for the dogs as they move through a field such as gophers or other small animals, and a variety of new smells.  Nonetheless the initial trial worked well with the dogs either putting their nose on the infected plant, or digging at it a little.

The advantage a sniffer dog would represent for farmers is a reduction in time and labour costs compared to having people walk through a field looking for stunted plants and then digging them out to see if there is clubroot.

Whether the idea gains more widespread attention remains to be seen, but Harding says further training and trials will see if the dogs can detect the clubroot spores  on the ground and on equipment in order to catch the disease at the earliest stages and prevent its spread.