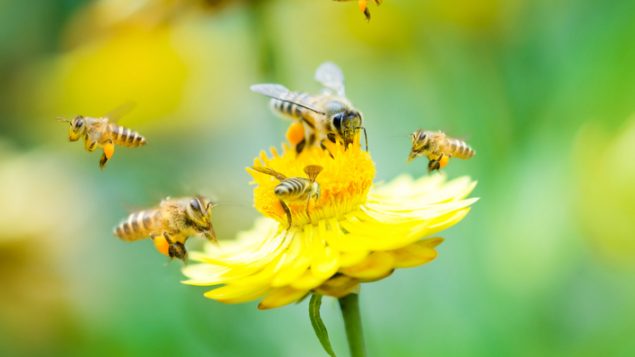 The European Commission this week voted not to renew the approval for ‘thiacloprid’ a Bayer /Monsanto insecticide marketed there under the brands Calypso and Biscaya.

This is the fourth neonicotinoid insecticide that has been banned in the EU for outdoor use. France has banned all four completely

EU Health Commissioner Stella Kyriakides said in a statement,  “There are environmental concerns related to the use of this pesticide, particularly its impact on groundwater, but also related to human health, in reproductive toxicity. Today’s adoption is yet another clear demonstration of the Commission’s commitment to protect the health of EU citizens and our environment”.

In Canada, beekeepers have long pointed the finger at neonic use as causing massive harm to their honey bees. Environmentalists and scientists who study bees have long speculated that wild bees are undoubtedly being harmed to the same extent at least.

In the face on ongoing calls for bans of neonics in Canada, the Pest Management Regulatory Agency (PMRA) has been studying the concern and proposed a phase-out of neonics. The agency has also long been criticised for dragging its feet on the issue in spite of what environmentalists and beekeepers have been saying is substantial scientific evidence of the harm to bees, and the environment. 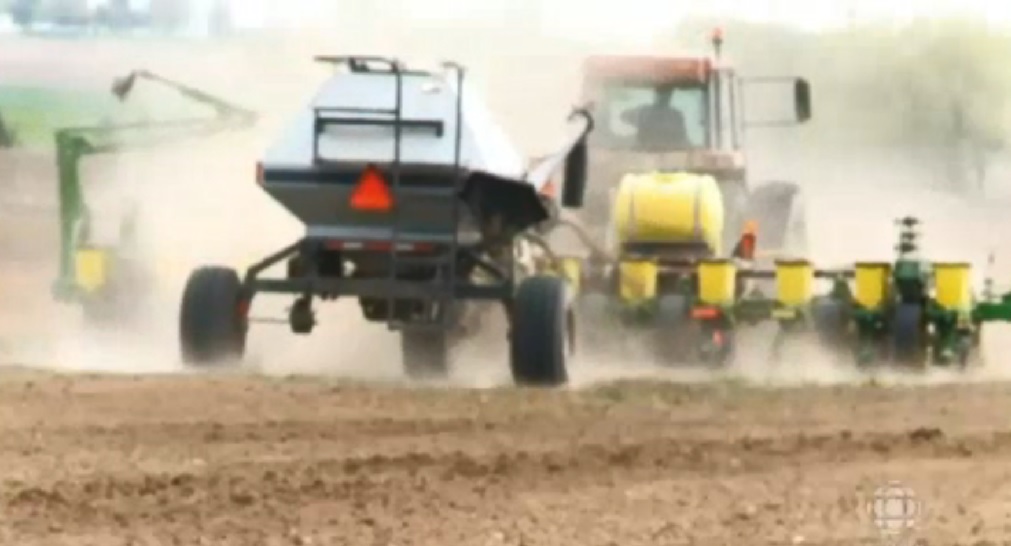 A farmer in southern Ontario plants field corn coated with neonicotinoids. It is believed the dust from planting carries the toxin far from the field onto other plants, the soil, and water. Photo: CBC

In the interval, the government agency has instituted some restrictions on the use of the three common neonics in Canada, imidacloprid, clothianidin and thiamethoxam (banned for outdoor use in the EU since 2018)

These restrictions only limit when certain crops can be sprayed and do not limit use of seeds which come pre-coated with the insecticide.  The toxic dust rising from the seeds during planting is thought to spread to plants all around the field, and is in runoff getting into streams and ponds during rainstorms.

The PMRA had planned for a final decision on imidacloprid in 2018, but then announced a delay until early this year. 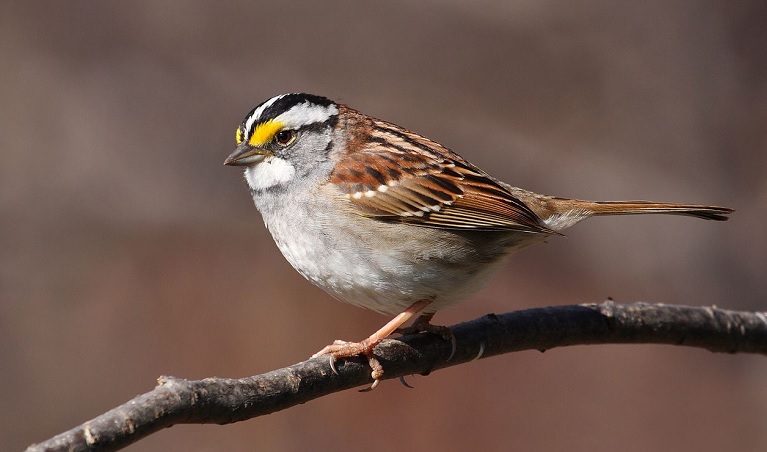 White throated sparrows like this were studied for the effects of a common neonicotinoid insecticide which could end up in their diet of seeds. Its believed this may explain in part a serious decline in songbirds (Wiki commons- Cephas)

In April last year Andre Flys, president of the Ontario Beekeepers Association said, ““We fail to understand why pesticides that the PMRA itself has identified as a risk to the environment and the European Union has banned on the basis of risks to bees would be considered acceptable in Canada,” adding, “We must improve pesticide regulation and pollinator protection in Canada, or our bees and ecosystems will suffer the consequences.”

The latest neonic ban in Europe mentioned concerns about the active substance being toxic for humans and present in too great a concentration in ground water.

Thiacloprid has been approved in Canada since 2007 for use on fruit crops like pears and apples.