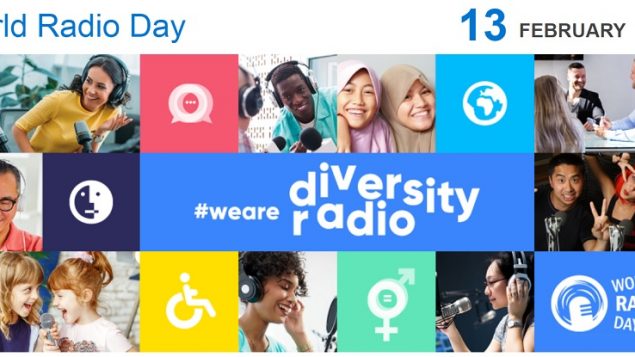 In 2011 UNESCO declared February 13th to be World Radio Day, which was adopted by the U.N General Assembly as an ‘international day’ the following year.

This year the theme is diversity.

Radio Canada International joined with four other broadcasters in Poland, Switzerland, the Czech Republic, and Romania to talk about diversity in their countries, and how they were reflecting or promoting that both within their respective stations, and in their countries.

UNESCO notes that in spite of technological advances and new media, radio remains one of the most important, accessible, and low cost ways to reach people and as a platform for democratic discourse.

On this World Radio Day, let us recognize the enduring power of radio to promote diversity and help build a more peaceful and inclusive world.    UN Secretary-General António Guterres

On this 9th anniversary of WRD, UNESCO is calling on radio stations to serve their increasingly diverse audiences by broadcasting a wide variety of viewpoints while also reflecting increasing diversity in the on-air staff and editorial  staff. This should be in gender, origin, sexual orientation, religion, age, social and socio-economic backgrounds.

Multi-cultural staff and programming options provide new perspectives and opinions on issues and the UNESCO says, helps counter discrimination while increasing creativity and relevance to the audience.