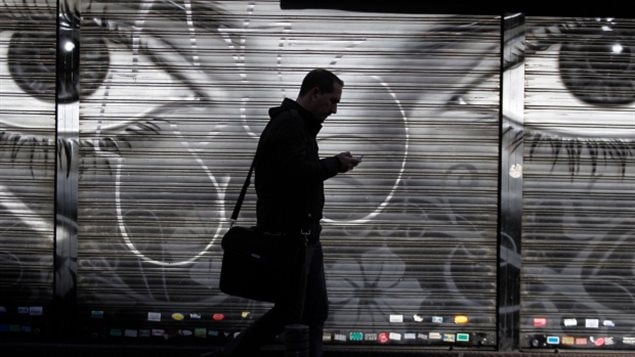 A new survey reveals a substantial number of Canadian journalists self-censor what they write, and even what sites they visit for research online. It’s all over fears of being tracked by police, governments, and corporate interests.
Photo Credit: Francisco Seco/Associated Press

Surveillance chill on writers and journalists in Canada

A new survey of some 129 writers and journalists in Canada showed many were concerned about government, police, and corporate surveillance of their work and habits.

Many said that changed what they wrote and how they did research, in other words, self-censoring their work.

That is a threat to democracy says James L Turk.

He is a distinguished visiting professor and the director of the Centre of Free Expression in the Faculty of Communication and Design at Ryerson University in Toronto.

The report on the survey was called, Chilling Free Expression in Canada, (link below)

The survey was conducted by the Centre for Free Expression at Ryerson University, in collaboration with PEN Canada and the Canadian Association of Journalists.

It showed that about a quarter of writers and journalists reported that they avoid writing about certain topics because of government and corporate surveillance. A fifth said they refrain from conducting internet searches or visiting web sites on topics that may be considered controversial or suspicious.

The survey also revealed a high concern about corporate tracking of data and of corporate willingness to hand information and data about personal use over to government agencies.

Turk says writers and journalists are the eyes and ears of society, a watchdog, and that such a “chill” limits what the public learns about such things a corruption, waste, incompetence and even any illegal activity by officials or corporations,  It does this by limiting what journalists are willing to risk writing about, and also putting a chill into potential whistle-blowers and sources.

The survey was taken in May and June, before events this month which revealed Montreal police had been collecting data from a journalist to track down his sources. In an interview later Patrick Lagace said, “ I was furious. I didn’t think that in this country, we could so easily spy on a journalist for such flimsy motives.”

As the story continued, it was later revealed that the Quebec Provincial police had conducted similar data and conversation collecting of at least six other journalists.

From the report Chilling Free Expression in Canada     Canada’s electronic spy agency sifts through millions of videos and documents downloaded online every day by people around the world… Under [CSEC’s project] Levitation, analysts … can access information on about 10 to 15 million uploads and downloads of files from free websites each day…