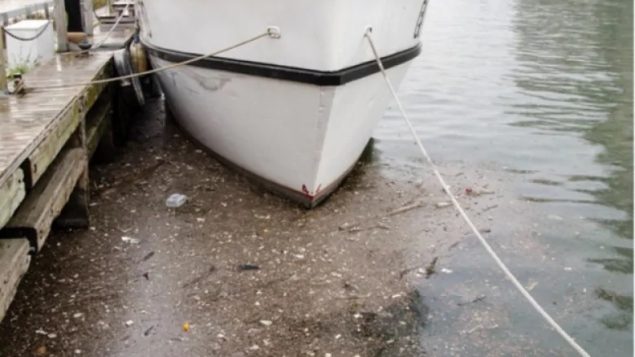 A new report says untreated sewage is still flowing into the waterways of Canada’s second largest and most populated province.

The Ontario Environmental Commissioner’s latests report indicated that raw sewage overflowed into the provinces waterways on over 1,300 occasions. 766 of these from 57 outdated municipal sewer systems that combine sewage with stormwater.

“It is unbelievable that in 2018, the government allows this much filth into our lakes and rivers. These are the places Ontarians spend time with their families, where they swim and fish. These shorelines and waters are home to Ontario’s rich biodiversity, and to us.” Dianne Saxe, Environmental Commissioner of Ontario.

Saxe also points out that agricultural runoff is not well controlled leading to toxic algae growth in waterways. In addition, some 58 toxic industrial wastes are still allowed to be dumped directly into waterways up to amount limits set 25 years ago, and not updated since in spite of greatly increased knowledge and technology. 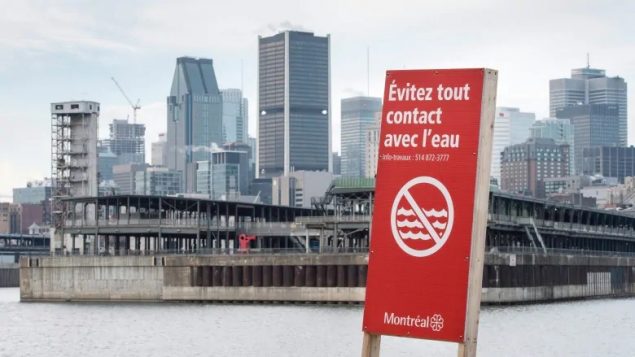 Montreal sign-“Avoid all contact with the water” .In 2015, Montreal dumped 8 billion litres of untreated wastewater into the St. Lawrence River over the space of a week in order to repair parts of its sewage system. While that dump was reported, new data given to The Canadian Press suggests other raw sewage overflows in Canadian municipalities are not. (Paul Chiasson/Canadian Press)

The report also notes the importance of wetlands as water filters and for flood mitigation but says “southern Ontario has lost nearly three-quarters of its wetlands in the last two centuries, and wetland loss continues today”.

The report notes that wetlands are basically unprotected until the Ministry of Natural Resources and Forestry determines if they are “provincially significant”.  However, there is an enormous backlog of 260 years in the process meaning uncertainty for developers and ongoing wetland loss and the province still allows destruction of even protected wetlands for agriculture, infrastructure, and  resource extraction purposes

The most densely populated area of the province in in the southern area along the border with the U.S. stretching from Windsor in the west, to Cornwall in the east. 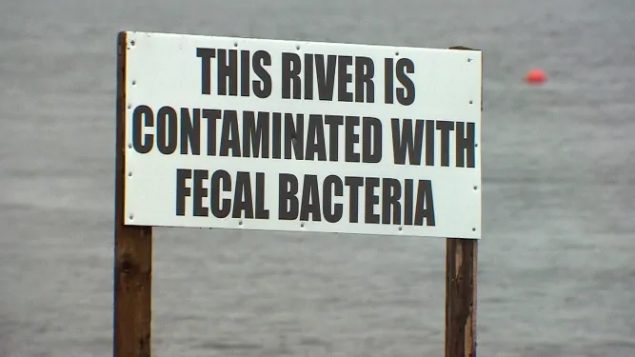 Showing again that Ontario is not alone in water contamination, Environment Canada records show 36 million litres of untreated waste water flowed into Nova Scotia’s LaHave River between November and December 2015. Sings similar to this are posted in other waterways across Canada. (CBC)

The report says, “many southern Ontario watersheds have less

than the 30% forest cover required for marginally functional  ecosystems. Some municipalities in southwestern Ontario have less than 10% forest cover, and one has as little as 3% left, but the government continues to allow the loss of what little we have left”.