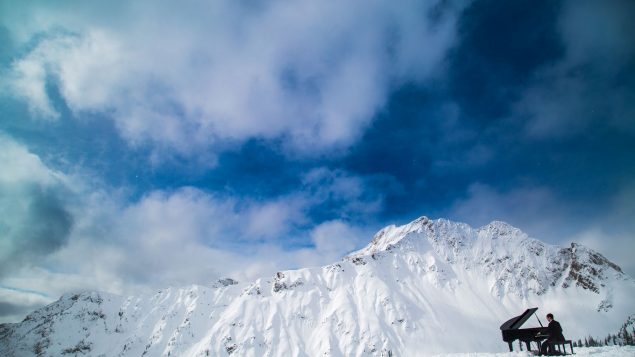 This week, some 25 Quebec singers have taken the mic for a collective live recording of the famous Blues du Businessman, a hit from the 1970s musical Starmania later sung by Celine Dion.

The chorus goes: “J’aurais voulu être un artiste…” – “I wish I were an artist”.

This initiative was launched by Alexandre da Costa, violin player and artistic director of the Longueuil Symphonic Orchestra, to remind Quebeckers – and the provincial government –  that artists are essential to the well-being of the society, especially in these chaotic times of COVID-19 pandemic.

“More than ever, I believe that music and art are essential to our lives, and I sincerely hope that this initiative will highlight music as an essential public good,” said Alexandre Da Costa in a statement released on Tuesday, right after Thanksgiving.

Philanthropy is the key

Releasing a video to request that cultural venues be recognized as essential services and remain open during the pandemic is one thing, another is planning for the long-term and being able to support the population when people are isolated and depressed.

Thanks to the philanthropic Mécénat Musica program, Matthias Maute, artistic director of Montreal’s Ensemble Caprice and Ensemble vocal Arts-Québec, was able to hire some 1,700 musicians and singers this summer to perform several concerts in several Quebec underprivileged neighbourhoods.

Matthias Maute is famous in the classical and baroque music spheres as a virtuoso recorder player, composer, and conductor, as well as and a winner of a JUNO Award. He runs no less than five music entities in Canada and the United States.

Like his colleague Alexandre da Costa, he knows how difficult it is to ensure long-term funding for cultural organizations. Even if many grants exist, public funding for the arts is the first thing that goes down the drain in times of economic crisis.

This is why Maute and other donors resorted to philanthropy almost a decade ago. Taking advantage of federal and provincial programs, they created Mécénat Musica like one would plant a tree : to shelter upcoming generations.

“Culture has always been the poor relation in philanthropy and accounts for only 3 percent of donations. We are trying to change that.” Matthias Maute, Ambassador of Mécénat Musica and Artistic Director of Ensemble Caprice

Most donors will choose to fund health programs first. But they tend to forget that arts contribute to people’s mental health. On the federal level, Heritage Canada has set up in 2001 an investment fund to encourage cultural organizations to improve their funding campaigns. On the provincial level, Quebec has created in 2005 a similar funding program, followed in 2013 by a tax credit to encourage cultural donations.

Indeed, according to Statistics Canada, in 2010, Quebeckers donated an average of $208 to various charities, compared to average donations of $446 in the other Canadian provinces. And among the 3 percent of donations given to cultural organizations, dominant players receive the lion’s share, reminded Matthias Maute.

“The Orchestre Symphonique de Montréal (OSM) and the Montreal Museum of Fine Arts (MBAM) have always been the recipients of the largest donations and are traditionally more professional in their funding campaigns,” said Maute in an interview. But thanks to Mécénat Musica, 50 million dollars were raised . This is quite a large sum of money that cannot be ignored,” explained Matthias Maute.

In particular, Mécénat Musica has created the Prix Goyer, which in 2019-2020 supports the flutist Lara Deutsch. With a value of $125,000, it is Canada’s biggest prize for a collaborative emerging artist in classical music.

As a proactive ambassador for Mécénat Musica since its foundation in 2013, Matthias Maute says that it was created to make the best of federal and provincial programs that match donations made by individuals and families to cultural organizations.

On top of this, the government of Quebec has adopted in 2013 a once-in-a-lifetime tax credit for large cultural donations that can reach up to 30 percent. This measure, which was supposed to end in 2019, was extended until 2022, but is only on the table until the end of 2022.

Mécénat Musica has immediately seized this opportunity and created a philanthropic network of over 400 Canadian donors that are supporting some 35 cultural organizations in Quebec. Donors benefit from the tax breaks and the cultural players benefit from extra revenue.

“Mécénat Musica’s members were able to take advantage of this tax credit, but the window will close in 2023 when it will expire. That’s why we have to raise awareness on this before Quebec gets back to normal, like everywhere else in the world. It will be harder to encourage large donations after that.” Matthias Maute

Among the members – and also donors – of Mécénat Musica that are major players on the cultural scene in Quebec and elsewhere, let’s name the Orchestre Métropolitain (OM) and its conductor Yannick Nézet-Séguin. Montrealers are lucky enough to see each year free performances by the orchestra at the feet or on top of their beloved Mount-Royal park.

In particular this summer, the OM has played for elderly residents and caregivers in front of long-term care homes. Seniors living in such residences were the most affected by the pandemic. This spring, provincial data showed that about 82% of the dead lived in seniors’ residences – most of them public. Of the total 2,003 dead in Montreal, 74% of them were over 80 and 97% of them were over 60.

Yannick Nézet-Séguin and his orchestra are also active supporters of the Mécénat Musica program, and explain on their website that a $25,000 donation from an individual can bring the Orchestre $255,000 thanks to the governmental grants program that match, and multiply the initial gesture of generosity.

Meanwhile, for the donor, the after tax cost of a $25,000 donation is as low as $6,750, says Matthias Maute, based on the Mackenzie Investments Charitable Giving Tax Credit Calculator.

After it receives the subvention from Mécénat Musica, the Orchestre says it can then apply for governmental matching grants, which can more than double the considered sum. The Canada Cultural Investment Fund, run by the federal Department of Canadian Heritage, is definitely the most generous program since it matches up to 100% of the donation, while Quebec’s Mécénat Placements Culture will match it by 55%.

“The governments haven’t promoted these programs at all.” Matthias Maute

The magic first operates thanks to Mécénat Musica, which encourages individuals to make an in perpetuity donation of up to $25,000 to a cultural organization, and then invites well-to-do families to match these individuals’ generosity with donations of up to $250,000.

In perpetuity donations means the beneficiary will not have access to the capital, which is invested on a long-term horizon, knowing that the revenue income generated each year can contribute to fund its daily operations.

“In perpetuity funds guarantee that funds are always there. In case of a crisis, we know that the 35 cultural organizations [that are part of Mecenat Musica]  will survive the current crisis. This relieves organizations. They can think on the long-term instead of worrying about their next concert.”

“No other province supports culture in this way [with a matching grant program and tax credit], and many are jealous. When I travel in other parts of Canada and the United States and talk about this scheme, people think that Quebec is a paradise.”Matthias Maute 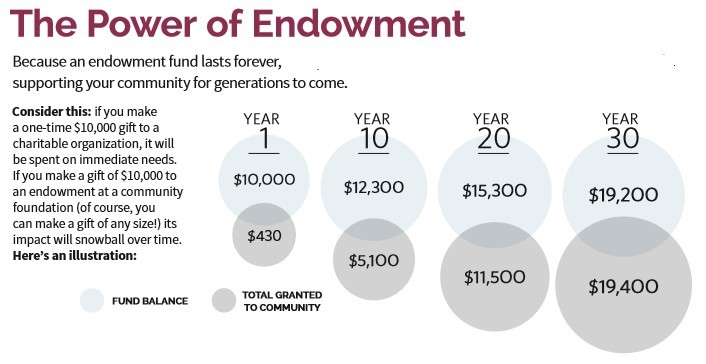 In Quebec, Mécénat Musica’s in perpetuity endowments are administered by its three partners, which are community foundations acting a bit like banks : Foundation of Greater Montreal (FGM), Fondation Québec Philanthrope (FQP) and Jewish Community Foundation of Montreal (JCF).

“We work with investment experts and our objective for the long-term return on investment is 6 percent.”

Thanks to an average yield of 4 percent per year secured by FGM and other partners, Mécénat Musica says it has distributed $1.5 million to 35 Quebec organizations active in music, dance and theatre during the pandemic. This in turn has helped support over 4,000 artists.

“Most people don’t realize that culture contributes to a healthy society, in particular in terms of mental health. The cry for help from the cultural sector hasn’t been taken seriously. It hasn’t been heard.”Lise Charbonneau

Nonetheless, Matthias Maute reminded that Mécénat Musica was able to offer its Mini-Concerts Santé to the community during the pandemic thanks to a special COVID-19 initiative launched by the FGM. The Ensemble Caprice started playing classical music in parks, hospitals, seniors’ residences, rehabilitation centers and mental health institutes.

“Eight donors from Mécénat Musica also contributed because they understood that, apart from in perpetuity endowments, we also need to invest in the present.”Matthias Maute

Matthias Maute, who is artistic director for both the Ensemble Caprice and Ensemble vocal Arts-Québec, said that they were able to dedicate the time and the resources to putting together this community project thanks to their perpetuity funds, when most other cultural organizations were in distress. Since the pandemic started, Mécénat Musica has contributed for up to two million dollars in funding to cultural organizations and community projects.

“We always had enough cash flow to enable us to take care of our colleagues. This is how we were able to hire 1,700 musicians and singers this summer, when most artists had zero contracts since all venues were shut down. Since our foundation back in 2013, it is possibly the most prominent demonstration of the benefits of this [funding] program.”